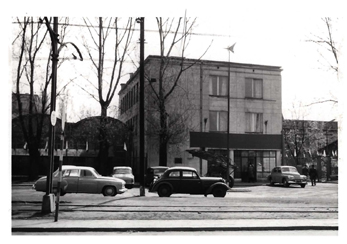 and focused its activities primarily on aircraft testing and certification. Before the Second World War, all Polish military airplanes were tested and certified by the Institute. Soon it became a leading research center in Poland and a spring of innovative thought that pushed back the frontiers of the aviation industry. Rapid growth of the Institute was curtailed by the events of 1939. Although during the war the activity of the Institute was disrupted, its researchers remained closely connected with aviation finding employment at renowned research establishments abroad, particularly in the UK, and developing strategies of reactivating the Institute after the war.

In 1945 the Institute was re-established as the Technical Institute of Aviation and located in the Warsaw district of Okęcie. At this time, aeropulse and athoyd engines were being developed at the Institute and works on the breakthrough design of the SP-GIL helicopter began. The Institute was also engaged in homologation tests of the Szpak 2 aircraft and of the first afterwar glider Sęp.

In the years after the war, the Institute primarily focused on designing and producing licensed PO-2 biplanes on jet of fighters Mig-15. The main constructor at this time was professor Tadeusz Sołtyk, who supervised work on the aircraft TS-Bies and TS-Iskra, as well as the prototype of the supersonic striker and military jet trainer TS-Grot. These accomplishments still draw admiration from aviation experts.

Together with aircraft airframe constructions, the Institute started specializing in design and construction of projectiles, such as rockets and flying targets. One of the most successful designs was the meteorological rocket Meteor 1, developed entirely in the Institute of Aviation. Subsequent years saw the Institute focus on the programme for developing a military jet trainer aircraft for the Polish Air Force. The Iryda I-22 aircraft was granted all required certification confirming accordance of the aircraft construction programme with legal regulations and military requirements. Thus, the Institute of Aviation successfully completed the task it was entrusted with by the Polish Government.

Another challenge for the engineers of the Institute was the construction of the I-23 Manager, a 4-seater composite personal plane of the newest generation. The works were successfully completed and the aircraft’s design met with favorable evaluation from aviation experts. Developments during the period 1990-2000 which are worth mentioning include: the 2-seater trainer aircraft I-25 As, the 2-seater training & patrol helicopter IS-2, the patrol and rescue hovercraft PRP-560 Ranger.

Today, the Łukasiewicz Research Netwotk – Institute of Aviation is a research center providing high quality testing services, which offer new solutions to contemporary aviation. The Institute cooperates closely with leading companies on the aviation market, including General Electric, Airbus and Pratt & Whitney. The Institute also provides services for other industries.