The interest of the guests aroused the Center of Space Technologies, which laboratories were presented by Wojciech Florczuk.

An important element of the meeting was the discussion about  the Engineering Design Center, which was established by the Institute of Aviation and General Electric. Representative of GE, Marian Lubieniecki and Director of EDC, Rafał Kajka stressed the importance of the qualified and experienced personnel in creating the success of Warsaw EDC.

The meeting was ended by the speech of Professor George Osypowicz,  the Chairman of Foundation for Innovations Exchange in Science and Technology, who talked about Polish-American cooperation in the field of science and culture. On this occasion, the meeting was attended by students of the Ohio State University, who are currently participating in a research internship at the Institute of Aviation. 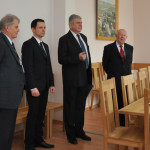 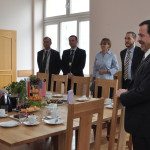 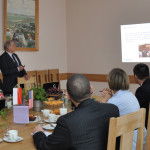 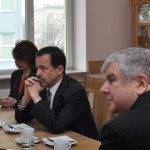 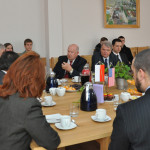 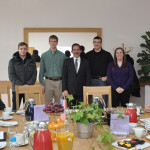 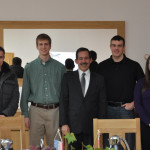